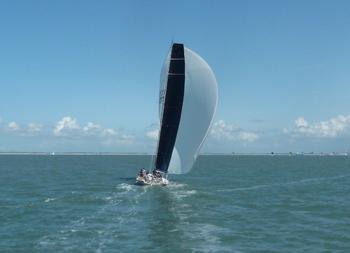 Breskens is a harbor village near the border between the Netherlands and Belgium which is poised to become a hotspot for sailors. Ideally situated to take advantage of high winds, Breskens has the chance to revitalize sailing in the region.

In 2015, the Dutch province of Zeeland commissioned WA Yachting Consultants to develop Breskens into a hotspot for sailors as part of the transformation of the waterfront. For a long time, Breskens has been considered as high potential for being a hotspot for sailors, and it was time to work out the opportunities and create a sustainable revenue model. Breskens is best known for its Visserijfeesten (Fishery Festival), the largest festival in Zeeland, the Damen Breskens Sailing Weekend and the Antwerp Race.

WA Yachting Consultants consulted with many people involved -- in organized meetings and as an excursion to Scheveningen and Lelystad to generate ideas. Various opportunities and options were analyzed. Finally a proposal arose that formed the basis for a program of requirements. Costs and benefits were estimated and the plan took shape. KuiperCompagnons joined to help make sketches, and beginning in January 2016 the concept was approved by the Support Group which represented all stakeholders.

Result
Breskens is ideally situated on the edge between the Netherlands and Belgium. With the construction of the Sluiskil tunnel at Terneuzen, Breskens will become easily accessible by water for people from Brussels, Antwerp and Ghent and could become a serious competitor for the marinas in Zeebrugge, Ostend, Blankenberge and Nieuwpoort. Although waiting lists are falling in Zeeland and Belgium, a quality improvement and transformation of the waterfront in Breskens will offer new sailing and mooring opportunities and revitalize sailing in the area.

As a seaport with the Westerschelde as a fallback in high winds, Breskens has maritime advantages. The current marina with 650 berths will be extended with 100 berths. Part of the pipeline and space in the new harbor building is reserved for a Sailing Centre. Apart from a number of service-oriented companies, there will be a RYA certified (Sea) Sailing School, that has the additional package of services in the two Volvo Ocean yachts (V60 and the ex Sanya V70) operated by the Sailing Academy of Hans Bouscholte. Regattas could be upgraded if teamed up with the marina in Scheveningen, including cooperation for education and training with the Olympic Training Center (TZC) of the Dutch Royal Yachting Association (KNWV).