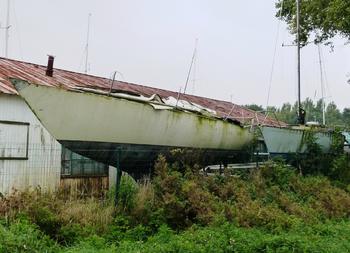 WA Yachting Consultants was commissioned by the Dismantling Yard ‘t Harpje, the Netherlands Yacht Building Industry (NJI), HISWA Holland Marine Industry, the Royal Dutch Yachting Union (KNWV) and co-financed by the Ministry of Economic Affairs to investigate the number of 'end of life' boats (ELBs) in the Netherlands.

The study estimates the current and projected number of ELBs. This is further broken down into weight of materials to determine the scale of the problem and the opportunities for creating dismantling facilities.  The study has generated a lot of publicity and discussions within The Netherlands, but also in other European countries. The study was presented at the ‘End of life’ boat forum, a day before the METS in Amsterdam in 2015. A PDF of the English summary of the report can be downloaded.