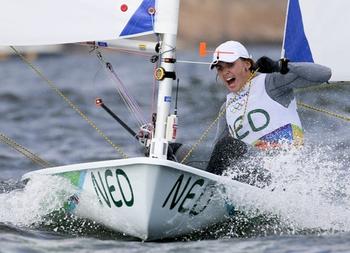 The Port of Scheveningen near The Hague, well known for its international sailing regattas, was interested in hosting the Olympic Sailing Event. WA Yachting Consultants was asked to assess the requirements for hosting the event by comparing the available space in Scheveningen with Qingdao (hosts of the 2008 Olympic Sailing Event) and Valencia (hosts of the 2007 and 2010 America's Cup).

After multiple studies and discussions in the Netherlands on the cost of the Olympics, the government decided not to continue with the process. “It was a disproportionate adventure and risk". Many consider this as a lost opportunity.

Update
With 2 Gold Medals in the 2016 Olympics for the Dutch Sailing Team (Marit Bouwmeester, Laser Radial and Dorian van Rijsselberghe, RS:X) you never know what will happen.