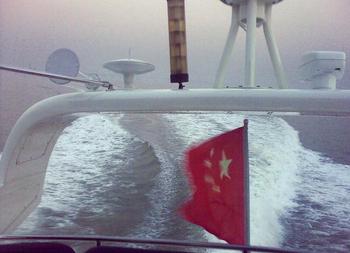 The Pearl River Delta (PRD) refers to the area composed by nine cities along the Pearl River of Guangdong Province, namely Guangzhou, Shenzhen, Foshan, Zhuhai, Dongguan, Zhongshan, Huizhou, Jiangmen and Zhaoqing. It is adjacent to Hong Kong and Macao, and possesses advantageous conditions to develop the yachting industry.

The team interviewed marina operators, developers, dealers and several yacht builders in Shenzhen in order to find out their needs and objectives regarding yachting development. Shenzhen Longcheer Yacht Club, established on May 27th, 1998, is one of the first marinas in China. In 2012 it had 275 berths and limited service facilities, but had the intention to expand. The Dameisha Marina next to the Sheraton Hotel was build in 2008 and had hosted the Shenzhen Boat Show.

Shenzhen is really close to Hong Kong which has a well established yachting industry with multiple marinas. Rules and regulations are complicated which prevents yachts to use each other’s yachting network, islands and beautiful mooring sites. Most yacht owners from Shenzhen will put their boats in Hong Kong until restrictions on the use open up.

For the project the team described the current status of the cruise and yachting industry in Shenzhen, the Pearl River Delta (PRD) and in Hong Kong.  A development strategy for Shenzhen completed the project.